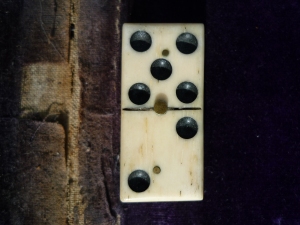 Seven years ago today, on a Thursday morning, I became a person with lung cancer.

For some reason, it is the moments leading up to the diagnosis that I recall most clearly. I’d been in the hospital for three days already, and my doctor at the time was stopping by before her regular appointments to discuss the biopsy results. We were waiting for my husband David, who was expected to join us but was running late. My doctor filled the awkward silence by describing either a story her daughter had written or a play she’d had a role in; I no longer remember which. The doctor talked at some length about a field of sunflowers, which was in some way central to the story or the play. “Sunflowers signify hope” she said.

I had spent the past fews day convincing myself that the mass in my lungs couldn’t possibly be lung cancer. I was only forty five, fit and had never smoked. People like me didn’t get lung cancer. So it never occurred to me that she was telling this story, not just to occupy time, but for my benefit. A blazing field of sunflowers would be the final image in my mind before the shock, fear and grief hit; the last thing I would recall before the world turned upside down was a symbol of hope.

It is a strange thing to commemorate; the day of diagnosis. But of course, what we are actually noting is our continued survival. Seven and counting.