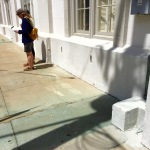 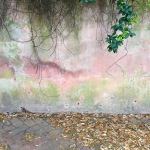 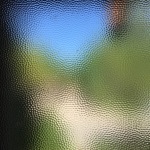 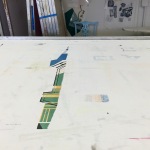 I have a niece who is enrolled at Savannah College of Art and Design and her family credits me with alerting them to the existence of SCAD in the first place–happy to be of service when I can. My niece, Zola, is wrapping up her third year at SCAD and just came home from Lacoste, France and a semester abroad. Fun for me as I too took a semester abroad in Lacoste back in 1979 when the program was affiliated with Sarah Lawrence.

Anyway, as an extravagant way of saying thanks for my tip off per SCAD, my sister Bink took me to Savannah for a long weekend of touring the city and hanging out with Zola.

It was a perfect trip all the way around. Bink got us an RBO in a beautiful Victorian adjacent to a park and within walking distance of everything. And walk we did. Savannah is laid out in the most unique grid fashion, with one block sized park after another. These little parks are filled with aged oaks dripping with Spanish moss and each has a monument in the center. And the parks themselves are ringed with charming homes and churches; Bink pointed out that Savannah wasn’t razed by fire during the Civil War and in fact was presented by General Sherman (impressed by its beauty) to President Lincoln as a Christmas Gift.

Of course we toured the grounds of SCAD as well and I can only say wow—art school has come a long way. Plush, luxurious, well equipped and an all around creative hive, it’s the sort of place that makes anyone want to go (back) to art school. And Zola is kicking butt in her major, advertising.

I was introduced to some fine southern delicacies along the way (we ate so well). Grits, fried corn, collard greens (which I liked so much I requested a second serving for dessert) and the most beautiful little macaroons. One unexpected highlight of the trip was a ride with an uber driver her told us about going on a cruise where they had a $10,000 prize for karaoke, and her disappointment that she’d not signed up. My sister asked her if she had a good voice and she said ‘pretty good’. We bantered a bit more and the uber driver said something about how she ought to sing to us. We thought she was kidding until she said ‘well I best get to it’, and broke into the most gorgeous rendition of Amazing Grace. This little tiny lady driving an uber while simultaneously belting out a hymn. It was magical. As was my entire trip. Thank you Bink, Zola and family! xo

This entry was posted in Family, Getting away and tagged living with lung cancer, NSCLC, stage IV lung cancer. Bookmark the permalink.