2016 began rather inauspiciously at a Great Gatsby themed New Year’s Ball. Held in a gorgeous old church, the night looked very promising. However the venue was poorly heat, the drinks insipid and the music far too loud. My grumpiness just made me feel old–not how I wanted to ring in a new year. We left a few minutes prior to midnight and when home I collapsed on the couch with my laptop. I intended to check a few emails before heading to bed but somehow got sucked into a site with before and after plastic surgery photos. Before too long I was looking at photos of Courtney Love. From bad to worse!

Fortunately I had some solid plans for the following day as I was preparing a meal for seven close friends. I’m still a little rusty when it comes to cooking and entertaining–my time management skills are way off–but I dove right in. When it comes to socializing, dinner parties are my absolute favorite. There is something about a table that is a great equalizer as conversation seems to both flow and include all.

I received a number of wonderful gifts that evening in addition to the company of dear friends. A beautiful centerpiece, a patron saint (never can get enough of those), the promise of some art (again, never enough). And a special gift from my friends Machiko and Koichiro; wrapped in indigo cloth. Tucked inside were two little wooden boxes filled with chocolate candy made by Machiko. Underneath that was another package which when opened revealed an onionskin envelope containing some mat board that had a little window cut in the center with a red tongue of paper attached–it reminded me of the advent calendars of my youth. Koichiro instructed me to open the little window and inside was a perfect, tiny platinum print of one his extraordinary photographs. I was so touched and shared with him that just the day before I had thought to myself that one day I would own a Koichiro Kurita (he is an amazing artist collected worldwide, with a photo in the Tate Museum in London). Now my year was looking up. 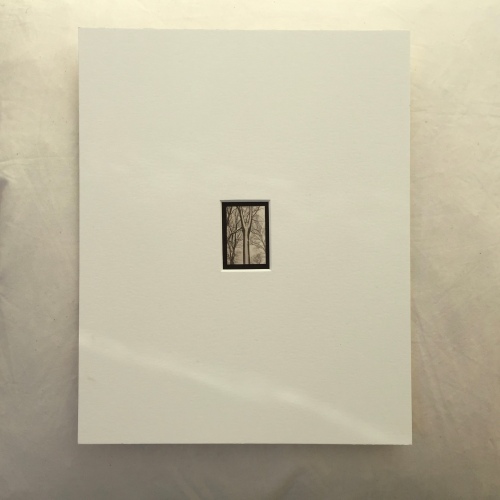 This past week I made a point of engaging in all of the activities I wish to focus on in 2016. I roasted a chicken and later made soup; today I will bake some homemade granola. I walked, read, took and edited photos. I opened an instagram account–you can find me under linnoline. I ordered some canvas as I am all set to start painting again (yes!). I wrote (Click here for my latest post for CURE), made plans to get together with some of my lung cancer peeps, and began preparation for my next advocacy venture (DC in March with the American Lung Association). I participated in open studios with my vintage clothing shop–soon I will have an instagram account for that as well. On my to do list–yoga and maybe a gym membership–I’m not going to take this cancer thing lying down.

But back to covers–a highly anticipated book is about to be released–When Breath Becomes Air by Paul Kalanithi. Dr. Kalanithi was a young neurosurgeon with a gift for words who sadly contracted lung cancer. In the months after his diagnosis he devoted a great deal of time to working on his autobiography. After Paul passed away his wife Lucy, a physician as well, helped bring his book to completion. She also penned a poignant essay about love and grief for the New York Times that brought me to my knees. It is uncommon to have the perspective of patient and physician in one telling, and although I am certain it is going to be a really difficult book to read, I plan to do so.