Some self reflection and personal transparency 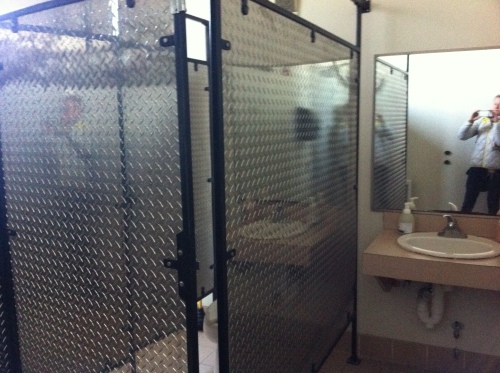 Self portrait in the ladie’s room at Western Avenue Studios

I am in the midst of another break from packing; making the rounds of my gracious friend’s homes (thank you, thank you, thank you all). This has been a time to visit but also to decompress—and I’ve done just that, taking two naps in one day.

Despite my upbeat and can do attitude (at least I think that’s the tone I’m setting), I will acknowledge that this may well be the most difficult task I’ve undertaken yet. Disassembling a marriage is complicated no matter the circumstances; getting divorced while also battling cancer is crazy hard.

I am, on so many levels, stepping out into the complete unknown now. It has been years since I have been gainfully employed and financially, I am a persona non grata. Had a good friend not offered to cosign, I would not have qualified for my lease. Losing my independence was never meant to be part of marriage and yet somehow I let that happen.

I’d be lying if I didn’t acknowledge how anxious this all makes me, but I keep moving forward in the faith that better times are ahead. I am thankful for not only the support of friends and family but also the timing: were Peter not boarding, the separation of households would be so much more difficult. And as it turns out, I am glad I didn’t qualify for the PD-1 clinical trial and that by default, extended my break from treatment. Otherwise, I don’t believe I’d be able to manage, either physically or emotionally.

As it is, I am rather proud of what I have accomplished. It took some frenzied research (and a bit of luck) but my future home (and of course, Peter’s) really is promising. I just about nailed the amount of rent I felt I could afford and by relocating south will remain a reasonable distance from Peter’s school and yet move significantly closer to Boston and Mass General Hospital. The lofts have onsite laundry facilities, are close to a commuter rail, parking is free, heat and air conditioning included and I won’t have to worry about shoveling snow.

As a plus, Lowell has a thriving cultural scene (did you know Jack Kerouac was born in Lowell?) and I am moving into not just an apartment, but a community. The day I signed the lease, my neighbor across the hall invited Sadie and I (along for the ride) into her loft. I think making new friends is going to be a cinch.

And there is some entrepreneurial potential as well, as open studios happen once a month. The wall outside the apartment is mine to use as gallery space and–I’ve been hatching this plan for a year now–I will also have the opportunity to sell vintage clothing (which I’ve been busy amassing) alongside my art at open studios. Woohoo!

So that’s a bit more of the fun stuff. Of course, in prelude to moving in, I’ve been packing up. I have singlehandedly transported carload after carload of boxes to a storage unit. And I’ve lined up a small band of merry movers (again, a preemptive thank you!) and will rent a truck to haul the furniture and boxes come December 1. And then I’ll move the vintage stuff into the storage unit.

I’ve also been working on the health insurance piece; worst and best case scenario. It is of utmost importance to me that I keep the same providers.

So, that’s a bit of an update. Tomorrow I move from one household to another…stages in a journey. 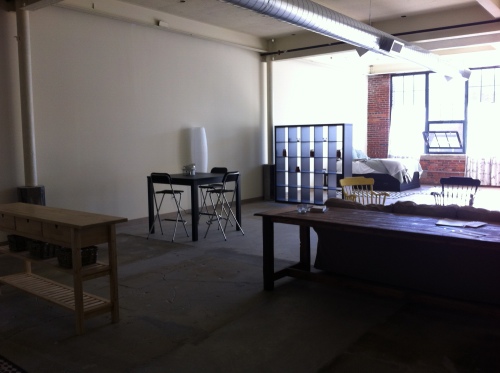 A space similar to the one I’ll be moving into….

This entry was posted in Changes, Coping, Family, Milestones and tagged getting a divorce with terminal cancer, relationship issues with cancer, stage IV lung cancer. Bookmark the permalink.

11 responses to “Some self reflection and personal transparency”