It’s been a busy couple of weeks and I’ve got some stories to share. But first….this. I’ve finally gotten hip to the fact that my children’s preferred means of communication is text messages. And now that I have a phone where texting isn’t onerous, I drop them all a line once in a while. In fact, I’d sent quite a few messages to Peter that had gone unanswered. I figured it was simply an indication that he was quite busy but also adjusting well to life at Phillips Exeter Academy. 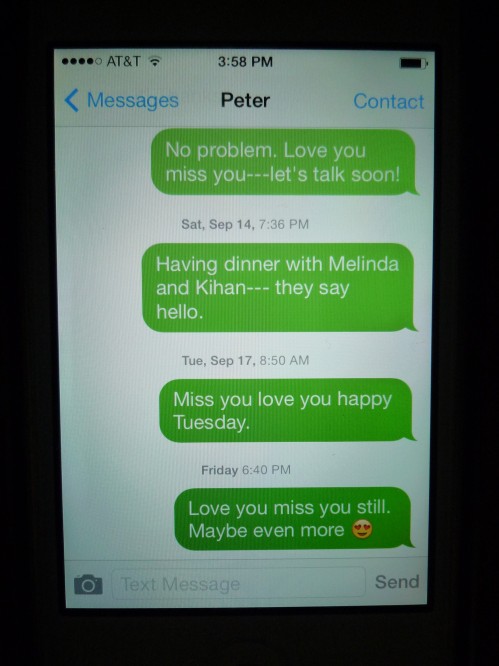 Well, yesterday morning I awakened to exactly the message I’ve been waiting for: 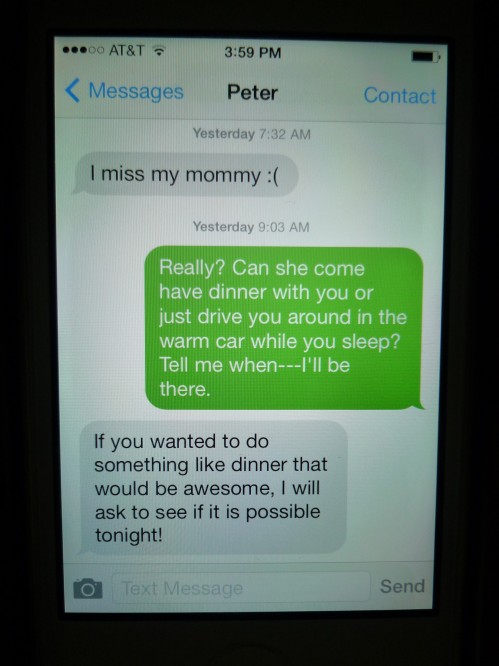 A snippet from our conversation

I immediately responded like the love-sick puppy that I am. Several texts later we agreed that I’d meet him at the Academy at 1pm. When I arrived we walked downtown for lunch, strolled along the river and then went back to his tiny room. He sat at his desk and I stretched out on his bed. We chatted some more and then, just like old times, he started his homework while I took a little nap.

22 responses to “Drop everything”