The power of positive visualization

Some months ago one of my beloved yoga instructors (Jay Yogacaps) suggested that I utilize visualization as part of healing. He referenced a study in which asthmatics who engaged in guided imagery exercises were able to reduce intervention (asthma medication) even though actual pulmonary function did not change. Participants also experienced less anxiety and depression, so one can conclude that it may have been perception that was actually altered. At any rate, although Jay allowed that lung cancer was a different beast from asthma, he felt some positive (and aerobic!) visualization might be worth a shot.

I began this practice that very night, deciding that I would include two friends who are also battling lung cancer in my mental exercise. Initially I imagined the three of us, hand in hand, running along a beach, the waves lapping at our toes. But I quickly switched it up, as we sped through meadows, pebbled paths, and over branches on the forest floor. We climbed trees, dove into a mountain pool, resting for just a moment on some stone ledges. And then, we ran some more–ever faster until our feet left the ground. We were flying.

Remarkably, several days after my first visualization of this sort, I received a card (created by the folks at storypeople.com) from my friend Ginger.  It would seem she had read my mind: 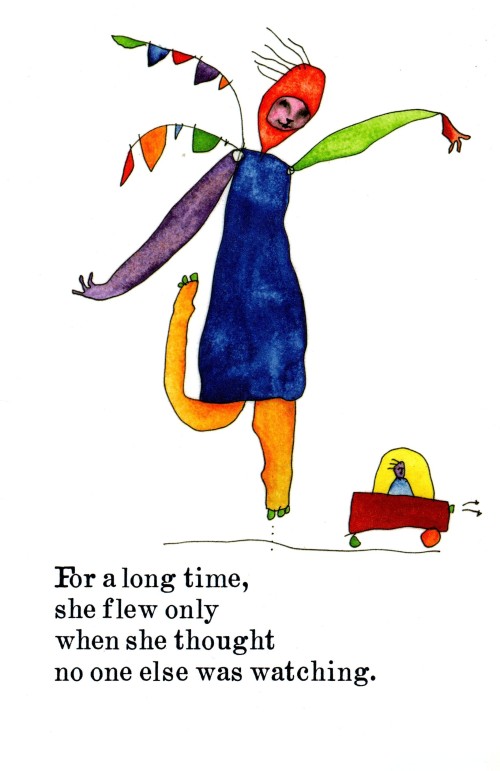 I’ve kept up this practice for several months now. It is the last thing I do before I fall asleep each night. Thao, this one’s for you:

We walked, we ran, we flew. We lay on a rock with some lions, because we were not afraid of anything. We felt the warm air, the moon on our skin, the sound of all of life around us. At some point we decided to fly away, and one lion rolled on its back to watch us go. We flew and flew, with the air washing the cancer right out of us. It fell from our noses, our ears and our mouths, and it looked like burned diamonds.

This entry was posted in Uncategorized. Bookmark the permalink.

19 responses to “The power of positive visualization”