Getting ready for the turkey

The house is beginning to fill with good smells, as David prepares a madeira ham (to go with the turkey–a Duff family tradition). By this evening, we’ll also be joined by the Colorado contingent of the family. 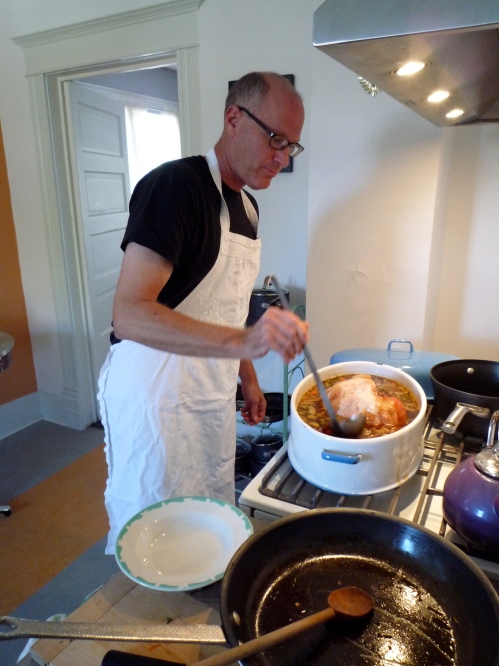 My post today is going to be a bit of a mash-up of links. One of the things on my mind as of late has been the FDA proposed warnings for cigarette packages. I find the whole thing a bit ridiculous. It is not that I feel there shouldn’t be a warning on tobacco products; it is just that I don’t understand why cigarettes are still legal. I mean, we all know they are unhealthy for everyone except for the shareholders of Phillip Morris et al, so why, why, why? Isn’t a warning just as effective as spitting on a fire?

Well, of course it is complicated. And a big part of the problem is all of the tax revenues generated by smoking. Guess where that money is going? To the same government that is proposing the warnings on the packages. It’s all more than a bit disingenuous.

November is lung cancer awareness month, something few people are aware of. Following October, dressed in pink for Breast Cancer Awareness, ‘our’ month feels a bit like the ugly stepsister. And yet, there are those who are still working tirelessly to get the word out. I wasn’t able to attend this year, but representatives of Lung Cancer Alliance hosted more than 65 Shine A Light on Lung Cancer vigils in 29 states on November 4th. In addition, LCA has released its annual report card on Lung Cancer. And my sister Laura is gearing up for another Team Lung Love marathon in Austin.

Another bit of good news; in a new report from the National Lung Screening Trial, CT scans have finally been recognized as a lifesaving screening tool for those at high risk for lung cancer. The caveat, of course, is that those of us who never smoked are not in the group recommended for screening. Hence, we must remain vigilant as our own health care advocates (something many of us learned too late).

With everything going on in each of our lives, it is easy to become complacent. However, complacency equals complicity. For a tip on something simple each of us can do, check out this article in The Huffington Post.

And, have a very Happy Thanksgiving.

11 responses to “Getting ready for the turkey”