Digging up a bit of the past 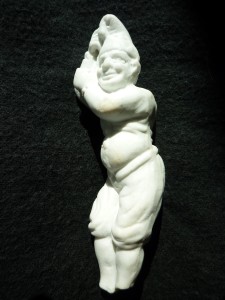 Just to the side of our house is is an area perhaps one hundred feet in diameter consisting of piled stones. A few weeks after we’d moved in, I was scrutinizing this spot and found part of an old bottle. On closer inspection, I realized that there were shards of glass and rusted metal scattered amongst all the stones. After a bit more poking around, I could see that this was the remains of an old farm dump (perhaps I’d already died and there really was a heaven, if there was indeed a source of treasure just outside my front door). It was only later that I worried about any potentially negative consequences to having a dump as our immediate neighbor: our water is drawn from a well, but fortunately it is more than 300 feet beneath the surface. Life’s inconvenient little incongruities.

Sadly, at some point, the stones appear to have been rearranged with the aid of a front loader, and seldom do I ever find a complete object. Lots and lots of broken bottles, some of which are quite old. Part of a large brass key, many square nails, a scythe, a broken egg beater (actually, two) and other such discards. From the best I can ascertain, it served as a rubbish pile from perhaps the mid eighteen hundreds until the 1950’s.

A couple of days ago this little fellow’s leg (broken off at the ankle) nudged through the soil. He is bisque and curiously possesses a sizable hump on his back as well as a copious potbelly. At one time he was attached to something by a hole between his legs and he held a rod of sorts as well. I think he is wonderful.

I am also in the midst of planning a trip to Sweden. My father Hilding’s parents, John August and Hedwig Christina Olson, each emigrated from Sweden in the early nineteen hundreds. They passed away well before I was born and so I never knew them. However, I’ve long wanted to visit one of my ancestral ‘homes’.  It is a special trip for another reason. At the time of my diagnosis, my son August was smoking. I very much wanted him to quit, and as an added incentive I told him that I’d take him to Sweden if he did so. Well, quit he did, and called me on my promise. It is time to pay up.

So, come late September, August and I shall fly into Stockholm for ten days. Our very first night we shall join my friend Anja and her family for dinner. That’s the only firm plan thus far; if any of you have inspired suggestions, please don’t hesitate to share them. 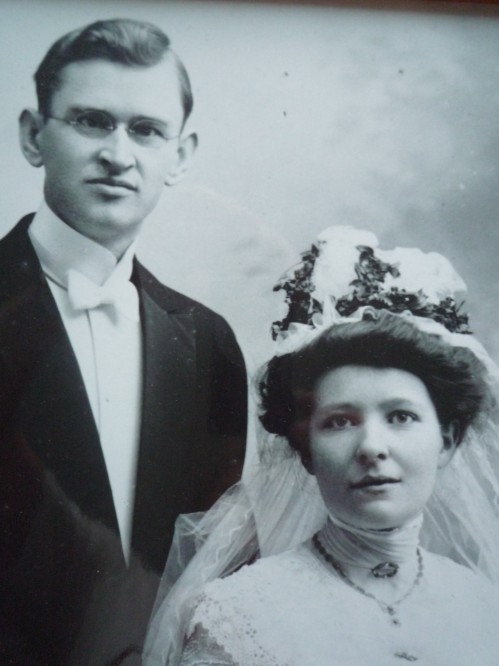 5 responses to “Digging up a bit of the past”

Leave a Reply to Linnea (from NY) Cancel reply