All good, this one

The past few days have been just glorious. On Friday, I awakened to the sound of the wood thrush. Later, I took a little hike through the woods in search of Lady Slippers.  They have such a beautiful flower and are quite ephemeral:  soon they will be gone until next year. 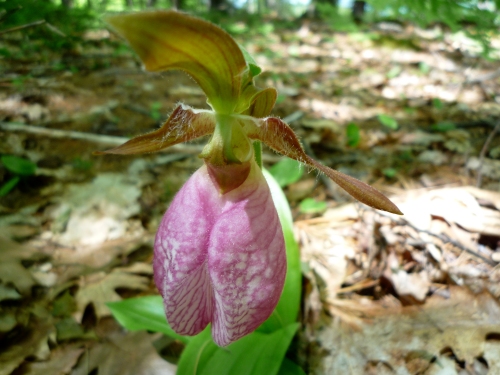 That evening we attended a Chamber Concert at Sant Bani with the St. Petersburg String Quartet. Once again it was an extraordinarily intimate venue, affording the small audience a rare opportunity not only to hear but to see the emotion that goes into each piece. It was so much more than merely listening; we were invited to feel the music as well. Outside distractions melted away, and each of us was immersed in sound.

Saturday morning found Peter and I flying solo as David headed to Mattapoisett. Pete invited a friend over and in the early afternoon I took them to the lake. It is yet early in the season for swimming and the temperature of the water is icy cold, but the boys were determined. They played a game where they tossed  large stones into the water, a bit further each time, and then retrieved them. This activity got them in about thigh deep. Next up was a thrown stick, and that took them out to chest high water. They both (bravely) ducked all the way under before swimming back to shore.

As I watched them, I felt that I was seeing an echo or shadow of the man that Peter will grow into. His limbs have begun to really lengthen and his shoulders are broadening such that he is looking less like a child. It gave me rather a delicious shiver, as I hadn’t thought I’d see him reach adulthood. He’s not there yet though. Before we left the beach, the boys built a sand castle together; a charming and decidedly childlike activity. It is a beautiful and unselfconscious window of time in their lives as they just enter their teens.

After they dried off we went to a matinee of a movie for which they (and not me) were the target audience. For dinner we ordered out Thai food.

Early the next morning we were out on the deck with donuts and the funnies for the boys and coffee and the Sunday NY Times for me. Later, Peter and I took Buddy on a walk and then ran some errands together. David came home, I made tacos, had a glass (and a half) of wine, and then had a long phone conversation with a dear friend that I’d been out of touch with for far too long. As we spoke, it felt as if no time had passed at all and the magic of our friendship once again became an animated presence. It was really a perfect weekend.