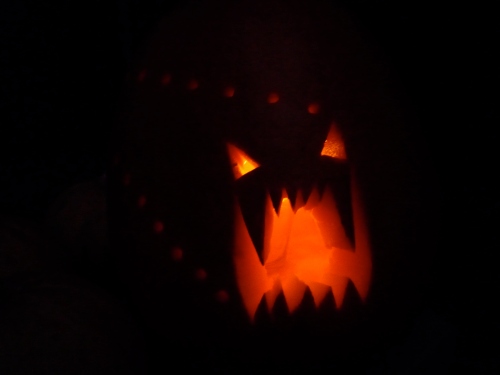 Halloween was almost an after thought this year. The haunted doll house didn’t even make it out of the attic (which might have something to do with the fact that I am yet on crutches) and the two pumpkins that David and Peter carved were purchased just today.

As we live at the end of a dead-end, on a road that is almost void of children, only one family comes to our door in costume.  Peter did go trick or treating, but he is tagging along with a friend who has younger siblings and they’ve gone to a more suburban neighborhood.
In public school, Halloween has been sanitized to the point of near extinction, but at his small private school yesterday, it was alive and well. All the students in kindergarden through eighth grade marched in a parade for the high schoolers and any parents that wanted to come, and then the afternoon was devoted to merry making. Peter fashioned his own mask this year: a skeleton face with a removable eyeball. 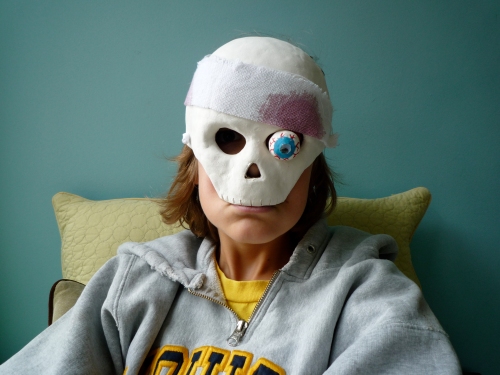